Home Concept Danielpokorny’s Concept Of Fire Fighting Vehicle With A Thermal Camera And An... 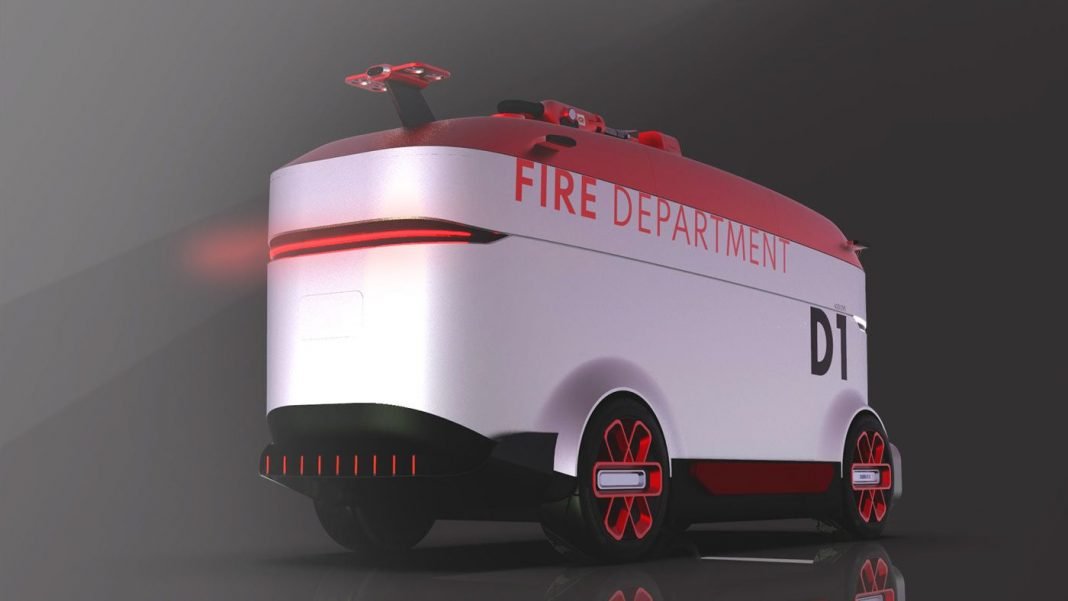 In this modern world, there are inventions happening every day, some are good but some are so bad that it does not only spoil the environment but also hurting living genes. technology upgrades are necessary but if that same technology haunts us with the polluted environment then it’s not called technology in my opinion. On the bright side, there are many improvements that happened in the last 20 years which took us ahead in our time which was so good.in this blog, I’m gonna talk about a very interesting concept of a fire fighting vehicle by danielpokorny.

As technology is changing so fast, accidents and fires cases are increasing day by day. To decrease these kinds of fire accidents, Daniel Pokorny created this unique kind of concept of Autonomous Fire Fighting Vehicle, which could be a very big help for humanity and also for firefighters.

This autonomous fire fighting concept vehicle is an emergency robotic unit, which helps to fight the fire. this vehicle is always ready to reach the fire scene even before firefighters. It has an automatic and driverless feature, so it doesn’t take time for drivers to be ready.it reaches to the fire scene as soon as possible and analyze the building or scene with its tiny flexible drone and started spraying the water wherever needed while waiting for firefighters to arrive and save the people inside.

As soon as this robotic firefighting vehicle reaches the spot, it starts to analyze the scene and finds the spots where there’s water needed the most and start sparing the water to stabilizes the fire force and even find extreme spots earlier so the fire does not spread further.to improve its automatically (AI) controlled water arm aiming, this vehicle gets 360° data of the scene through its inbuilt drone to get a better working solution. The drone has two types of thermal cameras.it has a quite inbuilt water storage to spread water before firefighters arrive.

This concept from Daniel Pokorny gives us some fascinating future vibes. this vehicle is equipped with a drone that flies around the fire scene and finds the position of victims and obstacles. after scanning, it creates a 3d scene with it’s augmented reality features. this drone sends data to direct firefighter who is wearing a special AI headset. with this augmented reality system, it’ll help firefighter to find the place fast to help people who are trapped inside.

I’m hoping to see this vehicle one day in the future.

The Mohican, A Tiny Cabin With Not So Tiny Facilities

I've been in love with tiny cabins and the cabins on the wheels lately. Especially I watch Modern Tiny Living's on Instagram and on...

This Forest House Will Completely Change Your Thinking Of Living In...

Baan Bubble Dome House Has As The Name Suggest “No Straight...

ABOUT US
We’re an online magazine dedicated to covering the best in international products, technologies and designs with a passion for the unique, and undiscovered products from all over the world.
Contact us: Contact@thedesignstuff.com
FOLLOW US
© The Design Stuff 2020
Go to mobile version